Mindfulness is a form of meditation that meets the needs of today. Originally, meditation actually meant cultivating one’s mind and familiarising oneself with one’s own inner spiritual processes. The actual meditation techniques, however, differ considerably.

Mindfulness invites us to perceive that there is a natural tendency in all of us to react automatically to experiences. It encourages us to explore how we should react rather than out of habit. Mindfulness practice teaches us to see things clearly and to simplify decision making.

The training known as “Mindfulness Based Stress Reduction” (MBSR) was designed originally by Prof. Jon Kabat-Zinn to help people suffering from chronic physical diseases. Today it is also used to prevent stress-related illnesses and generally to support a more conscious and fulfilled life. MBSR is based on the principles of Buddhism, but differs from the traditional meditation methods in its basic ideological neutrality, in that it is devoid of religious and ritual components.

The following outlines some of the many advantages of regular mindfulness practice which have already been researched: 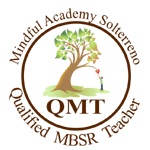